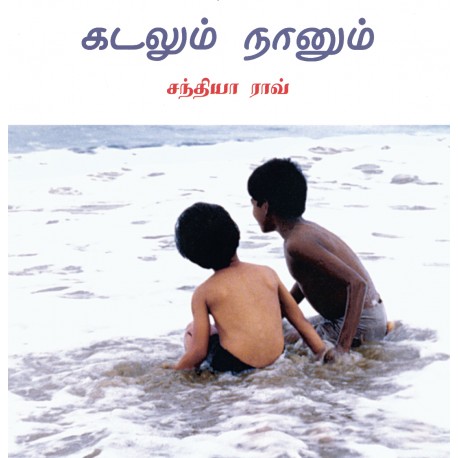 My Friend, the Sea/Kadalum Naanum (Tamil)

A fictional story of a boy caught in the aftermath of the 2004 tsunami offers a way for children to come to terms with natural calamities. Warm photographs reinforce images of bonding.

This is the fictional story of a boy caught in the aftermath of the tsunami that hit several countries on December 26, 2004. It could also be the story of any child whose life is closely linked with nature. The narrative simply follows the feelings of the child as he tries to comprehend the horror of the experience and the bewilderment that follows. Published in English, Tamil and Hindi the text consciously speaks the language of the child. Warm photographs of the sea, the sand, shells, children, the colours of the coastline, and crayon lines weave through the book which attempts to offer a way of healing for those devastated by calamities, and a way of understanding for those who watch from a distance. It deliberately shuns the use of photographs of the devastation; instead it presents images that lift the spirit, and reinforce the bond between water, sand and child. The book flows from an earlier title, Suresh and the Sea, about a boy growing up in a fishing village in coastal Tamilnadu. Based on newspaper reports and real-life experiences, it takes the reader beyond Suresh's story, on to the universal themes of hope and friendship.

The story, brilliantly narrated in the voice of a young boy, gives us glimpses into the boy and his family's relationship with the sea. The success of Rao's narration is the seamless juxtaposition of the past and present, of the 'before and after' of the tsunami. There are some deeply moving moments in the story… A special mention to the photographs that accompany this story - Karuna Seth and Pervez Bhagat bring real people and faces into our midst, reminding us gently that life is never far away from fiction, and vice versa. Young India Books