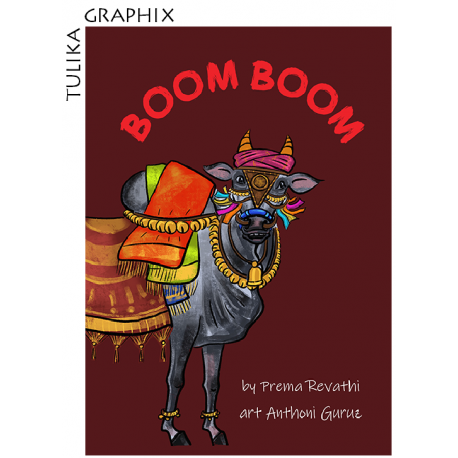 Powerful pictures run a visual narrative in this story about a young boy named by his mother after her favourite movie star’s super-flop film – Sura!
Sura grows up selling stickers at the Velankanni Church, climbing tall palms and playing under the tamarind tree. Until the day his grandfather arrives. His Thatha is different – a boom boom maatukaarar who travels through towns with his bull and drums, telling people their fortunes. His is a dying breed.
A robust coming-of-age story that weaves together real life stories told by the children of nomadic communities.