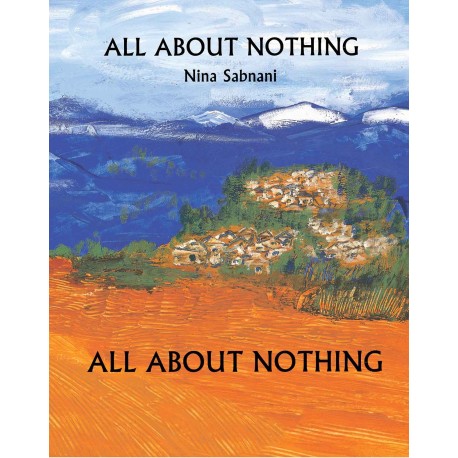 All About Nothing (English)

A fictional take based on research on how zero came to be used in mathematical calculations. Was it Muchu the merchant's idea? Illustrations have bright earthy colours and textures.

Based on an animation film, the book explores the possible origin of ‘zero' as used in mathematical calculations. The story is a fictional take on actual research done on the subject. A merchant living in Takshashila (north-western India) finds he has to do calculations all the time. But without ‘zero', it is a complicated process indeed. One night, he falls asleep on his papers. When he wakes up, sunlight is streaming in through the latticed window, throwing circular beams of light on his calculations. An idea is sparked off. Eureka! The people of the time – trade, trade routes, architecture, dress styles, dyes used, and so on – were also researched for authenticity in the film, which carries into the illustrations. The earthy colours and textures provide a vivid complement to the text. Bhojpatra (birchbark), used for manuscripts those days, has been used as a backdrop for an old-world feel.

"All About Nothing is a creditable attempt to introduce children to this momentous discovery (of zero)... A fictional retelling, it tries to touch upon not only the mathematical but also the philosophical concept of nothing or shunya... At the same time, it is a beautifully designed book and we are told that birch bark or bhojpatra has been used as backdrop to give children a feel of the period." - June 2000, Indian Review of Books

Appeals to all ages

"Narrated in the form of a folktale, the book is reminiscent of the oral tradition of storytelling... Another interesting feature of the book is the presence of 'Wordbirds'. Though in English, the story uses many Sanskrit/Hindi words. The Wordbirds explain unfamiliar words and ideas, helping the reader develop a multi-lingual vocabulary. The illustrations also are notable for their authenticity... This along with simple storytelling techniques make the book interesting. Though ideal for six to ten year olds, the book has an appeal that is bound to cut across all age barriers." - March 2000, The New Indian Express