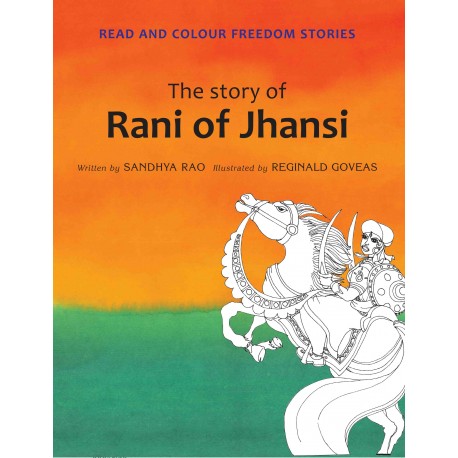 The Story Of Rani Of Jhansi (English)

Manu was always different. Unlike other girls of her time, she went to school, learnt to ride and shoot. Later, as Rani Lakshmibai, she bravely told the British, “I will not give up Jhansi!” And it is Rani of Jhansi fighting on horseback that is still the most inspiring image of India’s First War of Independence in 1857.

The old Read and Colour favourites are back in a new edition!
A hands-on way for young children to understand and explore ‘information’, this series keeps them engaged with more than just text. As they enjoy colouring in the well researched line drawings, they absorb the little visual details that add to the experience and stay with them.
A set of four books that present the thrilling run-up to India’s fight for independence from British rule.